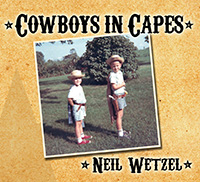 There is a very good documentary originally produced and aired a few years ago on PBS that examined jazz and hip-hop. In comparing the two types of music, the producers focused on both types of music and how each was scorned by many at first but eventually became accepted by white, mainstream audiences. The video,… END_OF_DOCUMENT_TOKEN_TO_BE_REPLACED

Is musical taste derived from “free will” or are listeners programmed to like what is easy and available—conditioned to like what is spoon-fed by the media? Are music consumers falling for mass-produced musical products that are easily marketed and sold? Is pop music like a newspaper that needs to be written at a 6th grade… END_OF_DOCUMENT_TOKEN_TO_BE_REPLACED